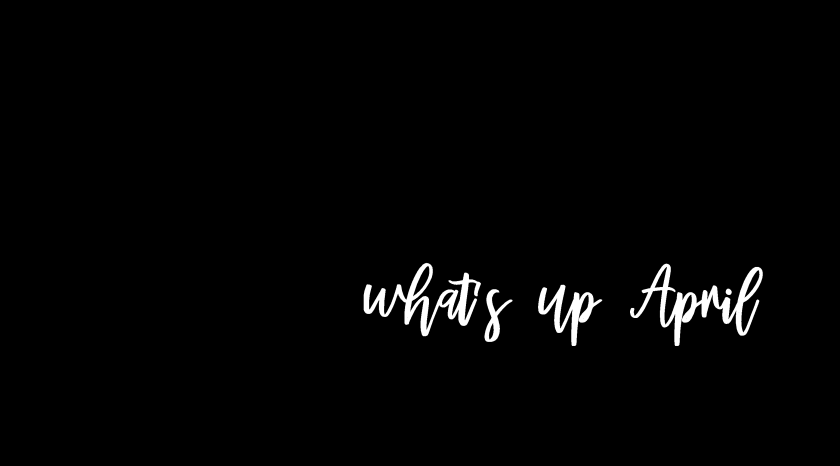 I wanted to stave off this post until the end of the month, but alas, the feels hit even before a week of April is up.

I’ve been in a mood for the past week or so, just thinking about life in general and reflecting on whether this is where I want to be. I won’t get too much into it as I haven’t gotten my thoughts sorted out at all – but for this moment, I thought it would be nice if you guys could pause and think about whether you are happy and living the life you want. If yes, I’m so happy and glad for you.

I’ve been feeling a sense of restlessness lately. I can’t quite put my finger on what I want – and that unsettles me. Do you guys ever feel like the problem isn’t that you don’t have the courage, but that you don’t have a dream? I’ve been questioning whether this path I’m walking is what I want – but the thing is, I have no clue what alternate paths I would rather be taking.

I once wrote a sappy post about the meaning of thoughtsramble to me, which was meant to be published on the 9th (?) anniversary of thoughtsramble, but I just never got around to publishing it…and I don’t think I ever will. I do feel wistful sometimes, wondering if I’ve failed despite writing for 10 years, especially when you can’t help but compare yourself with others. But I know when the mood passes, I’m just being hard on myself, and ultimately, thoughtsramble has to be just a nice, meaningful but side hobby.

I decided to write this post even though it’s so intimate because (1) thankfully this series attracts a small audience and more importantly, (2) I thought it could be a topic which is relatable. I’ve always enjoyed writing and if my writing could be of some interest or comfort when you are reading it, I’m contented.

Dramas-wise, I’m really liking how He is Psychometric is shaping up and truthfully, it’s the only thing which anchors me to the dramaland right now.  Kill It is okay but it reminds me of a re-hash (ish) of City Hunter and Healer. Haven’t really started digging Doctor Prisoner but I will continue trying. Have just started The Fiery Priest and am waiting for Her Private Life to be out. Are there any dramas you would recommend to save me from this drought? I’ve been binging on SF9 videos to get through the week – their music in the day and their funny videos at night. Also, can I just say how lucky kpop fans are? There’s so much content to consume everyday. Back in those days (now I sound old don’t I) when I followed Taiwanese and Japanese idols, it was nearly impossible to get new content on a daily basis. I’m not complaining though for sure; I love my daily dosage of SF9 now. But I do wish I could also go back to those days of being excited by a daily dosage of dramas.

Alright, ending off here! A short fragmented post today, that is kinda intentionally left that way. I think you would finish reading the post even before the song is done, but I’m hoping you could stay on till the end just because it’s such a happy, Christmas-y song! Promised you a happy one didn’t I!(: