I JUST had to write a review on this. It’s a keeper for sure!

I have been reeled in by this show since its very first episode – the overall tone of seriousness and mystery sets a good stage for the unfolding of the murder. And after six episodes, I am so pleased to see how it is following true to its premise and how the unravelling of an innocuous murder that seemingly had nothing to do with any of the leads, is now pulling them into a deeper web.

I’ve watched Seo In Guk in Hello Monster and back then, he was already amazing. I’m sure acting is important in every drama, but it’s even more vital to the success of this drama because of its storyline. Moo Young has so much complex emotions and thoughts, that we wouldn’t be able to understand who he is as a person, if the actor can’t act. We also probably wouldn’t be mystified, if the main mystery himself is just a woodblock. For this reason, I’m so glad Seo In Guk is Moo Young here – just the perfect casting of appeal, attractiveness and nonchalence. Jung So Min is such a pleasant surprise to watch because the last I saw her, she was still that naive-to-death girl in Playful Kiss and honestly back then, her acting was sub-par if I remember correctly. But now, wow, this girl has grown up to be such an elegant, fine actress. I loveee her subtle facial expressions, and even natural but realistic gestures. Park Sung Woonggg – he gives me good vibes because his recent roles are so hilarious and good (Man to Man, Life on Mars, and even that cameo in Waikiki). Very strong acting from a veteran (?) and he really bolsters the show, hammars the point in that we are watching good stuff here. I also live for the brother-sister scenes because both Park Sung Woong and Jung So Min have such natural chemistry flowing. The lines bounce back and forth so realistically. 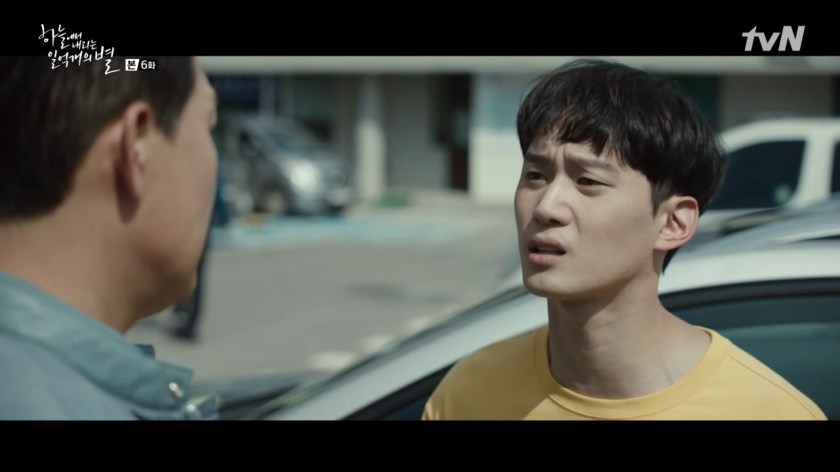 Even the other side characters are so easy to watch. Cho Rong, acted by Kwon Soo Hyun, is soo cute and precious ugh I just hope he doesn’t get too hurt by the main love line. So Jung is a good partner to Jin Kook, I’m hoping they will develop something there, as opposed to the original line of the Jdrama. Go Min Si as Yoo Ri is not too shabby either, and of course, our Yoo Jae Myung as Yang Kyung Mo keeps the backstory/mystery alive.

Contrary to popular notions though, I didn’t think Seo Eun Soo is a bad actress. I thought that was just how Seung Ah’s character is supposed to be like – ideal, naive, happy, slightly selfish. Which was why I thought her being slightly excited, yet not passionate in the scene leading up to sleeping with Moo Young was just that – blank innocence. I just think it’s a shame because she’s really sandwiched by excellent actors, so she has to buck up for sure. Am I being too generous here?

No fillers – just my favourite type of show! Every scene packs a punch but the show runs smoothly, without appearing too complex or heavy. I am also excited at how little things or misunderstandings here and there lead to a greater finding.

At this point, we already have a few mysteries on-going, and I can’t wait to see if they will all converge at one point in the future. First, Kyung Mo’s interest in Moo Young as a boy – why? What happened then? Second, the murder itself. Third, Jin Kook must have done something to Moo Young in the past, wondering if he had anything to do with Moo Young’s injury?

Everything is so mysterious that I kinda just stopped thinking/guessing and just started enjoying the process. This show reminds me somewhat of a good Agatha Christie book. There’s an overtone of a mystery hanging over you, and you know something big is going to unravel at the end. But there’s just something enchanting about the process that strings you along, and makes you turn every page, but without being stressed out about it.

Moo Young’s a player. However, the show cleverly sets him up right from the start to be emotionless and almost scientific. This gives viewers good mental preparation for what is to come. The objectivity granted also makes it hard for us to sympathise with Seung Ah, which I find strange and fascinating, because Seung Ah IS a victim. Did she ask to be preyed on by a charming devil? I daresay not. She even did her due diligence by checking up on his friend’s background. I wouldn’t even say she’s stupid, although perhaps a tad too idealistic.

I’m a strong opponent against glamourising cheating, but thankfully, the show stops shy of that line. Moo Young is, although a player with his actions, hardly a liar with his words. In the scene where Seung Ah said she loved him, he kept his silence. When Seung Ah asks if he likes Jin Gang, he directly says yes. I’m not praising him, but I do find this candour imporant in not just giving Moo Young a consistent personality, but also to keep me from disliking the character. But of course, that’s just me and everyone’s views are different!

Flowing from the above, I like it that Moo Young’s relationships with the three ladies are well-crafted and subtly distinct. He treats Seung Ah like a brewery experiment – what kind of a reaction will be generated using what ingredients? He treats Yoo Ri clearly as a sister. And finally for Jin Gang, I am DELIGHTED to see how he really lets go of his walls in front of her.

The fact that he did so subsconsicously, without any premediation, is so endearing that I’m just rooting for him to find true love. They understand each other, and the tension between the two leads is off the charts. Both Seo In Guk and Jung So Min are expertly manoeuvring the scenes of initial dislike, interest, sympathy, understanding, attraction and even fear. For I do think Jin Gang is afraid yet entrapped by Moo Young. Ugh I think my favourite scenes have got to be those where they had an easy banter going on. 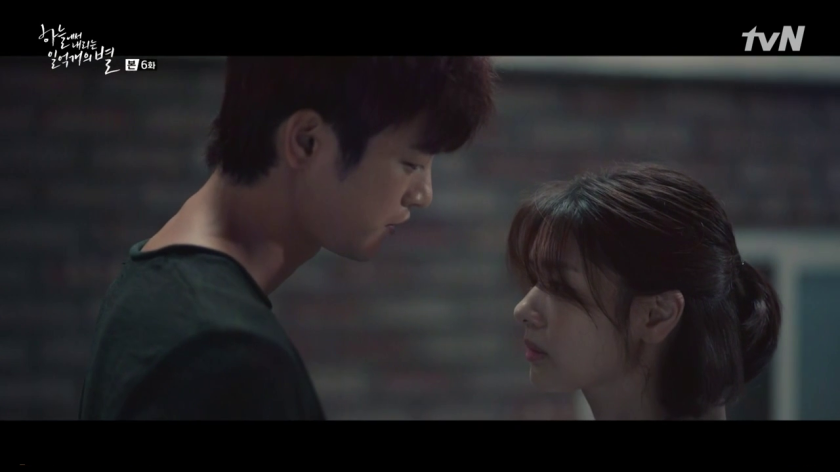 And omg in that last bit where Moo Young steps so close to Jin Gang, I felt my heart quicken because the physical chemistry is amazing??

As you can see, I’ve completely fallen for this. It’s what I look forward to every Wednesday and Thursday now (other than the Guest), and I just hate it when the one hour mark is up for each episode!

Hope next week will just be as enthralling!