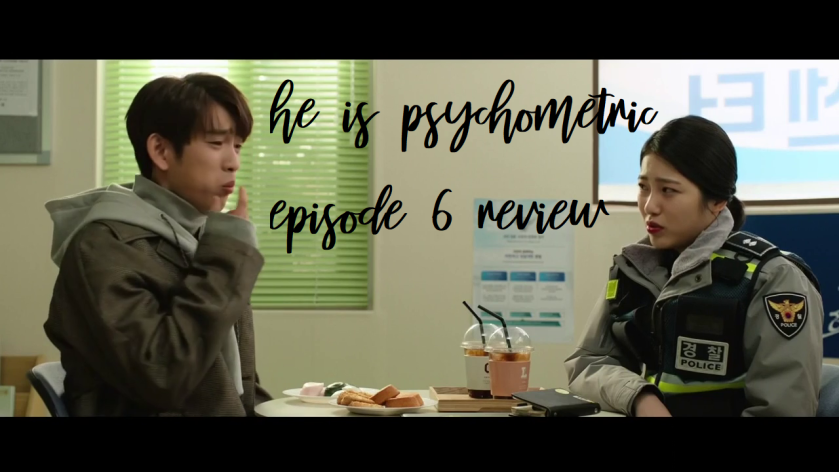 Probably am going to pop by every week just to comment on this new liking of mine! I am not CRAZY over it (as in Hwayugi or Are You Human Too style), but it’s the drama I look forward to the most currently. There’s still that vibe of light-heartenedness, with the dark overtone of the main plot taking turns to be at the front stage, and I love that.

Plot-related stuff which I liked

I thought the script and story was darn well-written, in that each character had a lot of depth with room to grow. For Ahn, it was insightful for Jae In to point out that he had never thought about the victims. For him, sensing the truth behind their deaths was more like a game and a tool to prove his worth. In that regard, I found it nice that our male lead came to us like a kid and somewhat flawed, because it makes him – as someone who is very special – a lot more relatable to the common people like us who struggle with our daily lives too. It’s also interesting because the script clearly doesn’t want to just rely on Ahn’s power to solve cases and that’s where Jae In comes in.

If you realise, Jae In is an active lead in her own right (quite unlike *cough* a certain female lead which had much potential but ended up spending 80% crying, to no fault of the actress for sure). In connection with that, Jae In is crafted to be a character who is clever and astute enough to deduce things from crime scenes just using her brain. She needs no psychometric skill and in that sense, she balances Ahn out perfectly.  They complement each other and one (with the corresponding ability) can’t do without the other (because Ahn just lacks brains hahaha). Also, revolving purely around Ahn’s psychometric episodes may make the drama feel more juvenile. Throwing in a mix of reality with ‘fantasy’ helps keep the drama going. 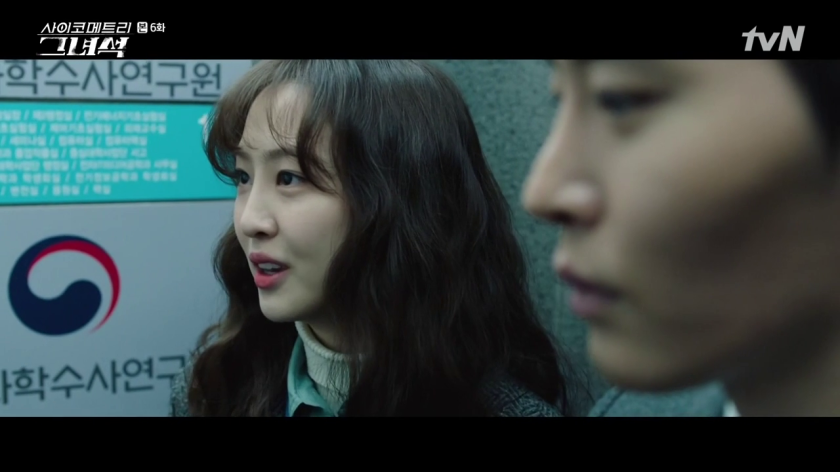 One of my favourite scenes is the lift scene between Seung Mo and Ji Soo. Kim Da Som portrayed perfectly how hurt Ji Soo was; the acting was subtle yet tangible in a way. Similarly, you could almost put a finger on the exact moment Seung Mo decides to open up just a little bit. The tension created by both actors was amazing, especially when he caught that lift door.

I love me some brooding Kim Kwon eyes. 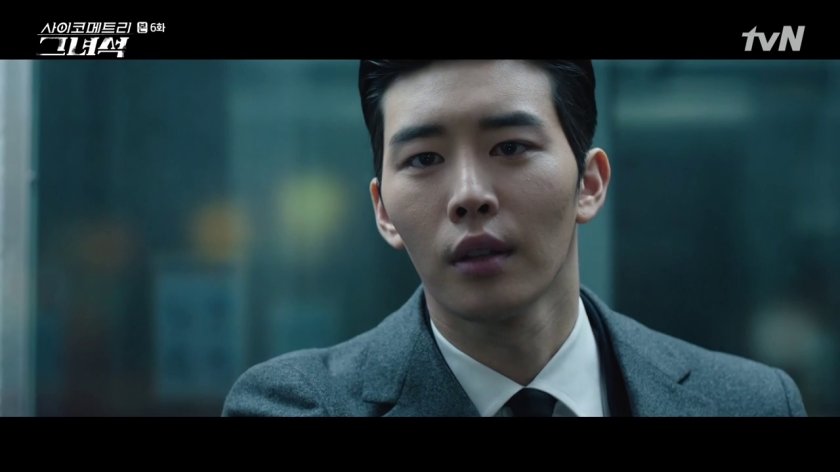 To add on that, I was also mindblown in a way when Ji Soo explained in a flashback that Ahn could not read Seung Mo’s mind because he was too closed off.

My current theory is that Seung Mo’s stalker is probably someone closely related to them – could be his father or someone who was obsessed with his mother.

Also, does anyone else find that the sketch of the fake nurse looks incredibly like Seung Mo’s mother? I wouldn’t be surprised if his mother is alive and living a fake identity, and not telling Seung Mo just to protect him. But of course, that would mean that she knew the real nurse died – and that opens up a can of worms that I don’t think we are equipped to tackle with yet. Seung Mo probably knows who the stalker is, and the reason why he goes out of his way to care for Jae In and Ahn is that he feels guilty.  Not quite sure who the masked man is referring to though, since I still feel that Seung Mo is not the bad guy. I do hope they have something exciting up their sleeves; otherwise, the masked man could literally refer to the stalker….which is a bit lame.

I do wonder still what makes Jae In so special to Ahn – could it be that she’s the first person he helped and didn’t regret in any way? So far, we have seen that in the cases where Ahn successfully used his psychometric skill, the reality always turns out disappointing and slightly off-putting. Jae In was the only one so far (if I remember correctly) whom he comforted and felt thankful for his skill.

I love the way the four bounce lines off one another with such ease. No matter who you pair against, any combination works well. That last bit towards the ending where the trio exasperatedly corrects Ahn at the same time just highlights that chemistry. I also approve of how Ahn respects Jae In’s distance and rules, and is aware of not touching her till she allows it.

Even when he soothes her, he refrains from making a physical connection and that’s super heartwarming for me. On the other side, we also have this adorable old couple (Seung Mo and Ji Soo) which I am totally rooting for too.

It’s also nice that the women in this story are well-crafted. Jae In fought bravely for an opportunity to get her hands on the case file, despite being scared inside, in a totally respectable manner. 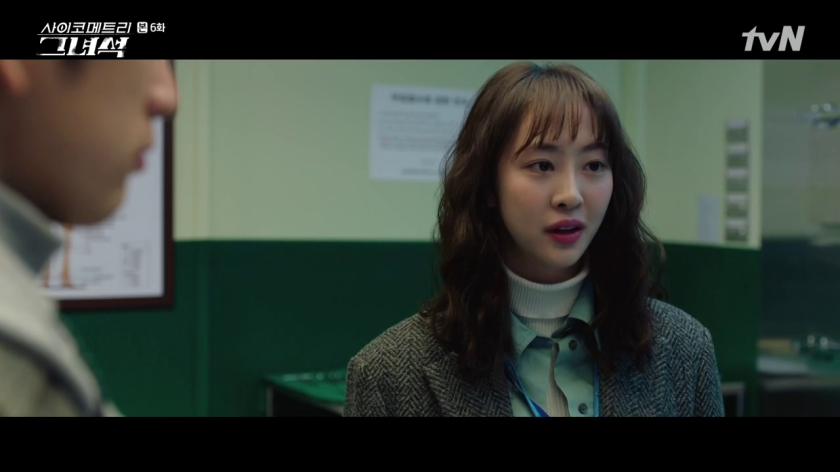 Similarly, Ji Soo didn’t feel threatened and instead, recognised Jae In’s bravery and skill. There’s so much to commend about this short scene, given that it could have totally gone the other way where Ji Soo ‘put’ Jae In in her place.

Frivolous notes of the day (ah, I missed writing those):

Okay I took this screenshot just to prove my point…..didn’t realise I would have gotten his underwear on screen too…and that looks like Calvin Klein to me…..now I feel like I’ve intruded into Jinyoung’s privacy…unless this is some sneaky product placement.

Okay, end of monologue. Hope you guys enjoyed this short review! I had fun writing it. Till next week!