Just had to drop by and say something because I loved them from Goblin!

I’ve always quite liked this drama but didn’t have the urge to follow through each week so I end up playing catch-up half the time. Overall, I would say it was a fun watch, a must if you like the Grim Reaper-Sunny couple from Goblin, but it wasn’t spectacular.

Before I go into an overall review of the drama, let’s break down some thoughts from the last two episodes.

I would just dangle my neck out and say this – the last two episodes were the weakest of the entire series.

First off, it was obvious that the show was winding down, taking a chill pill, and in enters lots of dialogue structured around product placement. In two episodes, we have seen the W drink, ginseng supplement, subway and chanel. The couple, at one point, literally sat down just for Jung Rok to drink the ginseng for no purpose at all. I don’t mind product placements once in a while of course, and especially if it is well-constructed or has a purpose in the plot of the story – but this is almost to the extent where the scriptwriter/whoever who had this idea came off as being slightly disrespectful towards the viewers’ time.

Second, the couple started off being super cute and heartwarming to watch, but it feels like the dial for being cheesy broke and the script decided to just go all out…in a bid for fanservice? I’ve no clue but honestly, it was slightly painful to get past all the bits of “I miss you” and “I want to see you”. You literally meet everyday! Initially, I thought the show was just being intentionally cheesy for laughs, but after a while, it felt like the script had nothing to say, so they filled up the time with those words. I don’t know if it’s just because I’m naturally adverse to such profuse announcements of love, but it was boring.

It’s a pity because I do think that there was some plot to the last two episodes, which was to show us how it’s like to date a celebrity girlfriend. Those were the bits I liked the most, especially when they showed us how the couple trusted each other right off the bat, despite opportunities for misunderstanding. It’s also always cute and meta to see actors act out roles in drama which require them to be fascinated about celebrities. Thank goodness for some saving points.

Can I also talk about that KISS in EP15 –  how Jung Rok placed a hand around Jin Shim’s neck and pulled her in, how her eyes fluttered, and how he whispered, “Is this how it’s done?”, and the shot ended off with that slow lean-in that was so charged with tension?? I think that’s my favourite kiss of theirs!! Either this or the first kiss they had.

The show’s strongest suits lie in the main couple’s star power and the cast being such great talkers. It’s really hilarious how everyone catches each other’s lines with good chemistry and there wasn’t a time when the flow breaks. Oh Jung Se’s, Lee Jun Hyeok’s  and Oh Eui Sik’s scenes top the chart for me; there’s always some strange dynamic/power flow which tips in favour of whoever’s speaking. I’m also glad that Oh Eui Sik has a slightly bigger role in this drama – he is a good actor and I hope he will get more major roles in the future!

It only occurred to me in EP15 that there are SO many couples in this drama! For me, I would have to say that Se Won and Yeo Reum are my favourite – I’m always a bit of a sucker for watching old couples who behave in such a grounded and cute way (anyone thinking of He Is Psychometric?) On the other hand, Lawyer Choi and Lawyer Dan take the cake for being the most dramatic and yet funny couple. I’m so tickled every time they have their confessions of love in a ‘quiet’ space with dramatic music, only for the camera to pull away to reveal that they are in a busy park….again. I was so happy to see Shim Hyung Tak, especially since I’ve only recently finished Let’s Eat Series. He carries off these roles so well!

It’s also a nice touch that at some point in time, each couple’s lines will bring in the title. I do feel sad that the office manager’s love life didn’t work out, but the ending shot where Secretary Yang smiles at him gives me hope.

Overall, this was a good watch in that it’s incredibly light-hearted with no real stakes. Even the villain was quite easily taken down, although I must say his scene with Jin Shim at her house was a true climax of the show. It’s not meant to be taken seriously at all, but I like that they do try and weave in cases which were easy to follow and did bring some plot. It’s the kind of show where you would leave feeling good (or as good as I could feel, after those ending episodes), but with no reluctance. 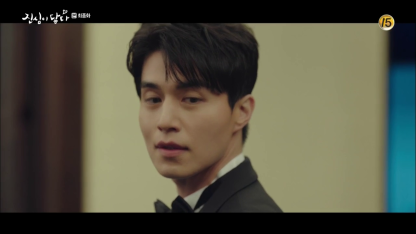 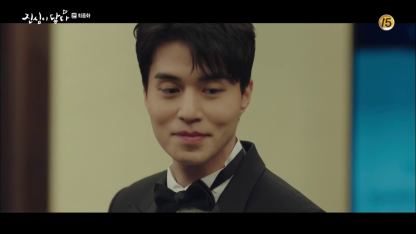 Loved it when he turned around so suavely with this modified hairstyle of his. 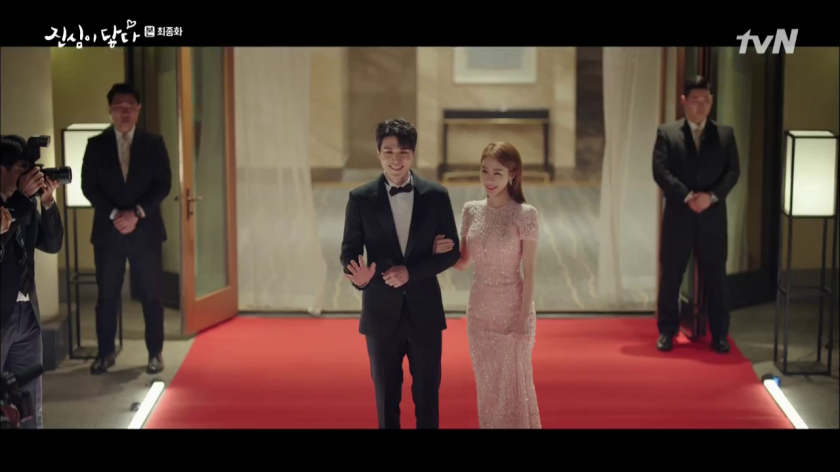 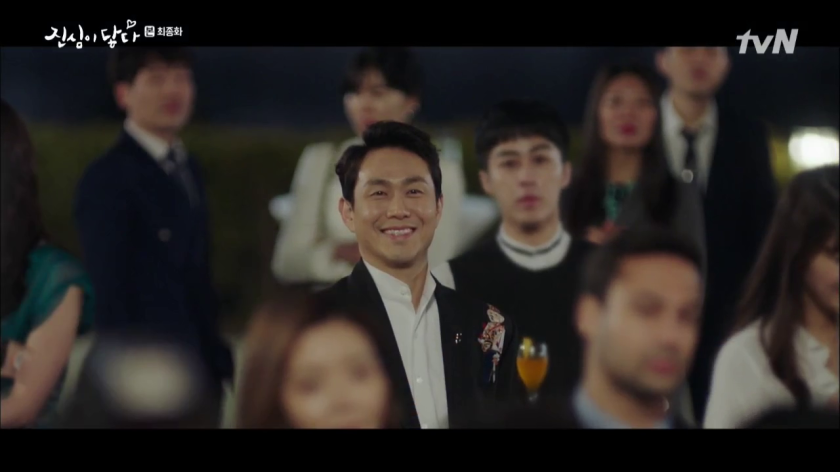 (I bet he actually feels dead inside.)

Thank you cast for bringing such great laughter and thank you K-drama gods for allowing Yoo In Na and Lee Dong Wook to grace our small screens together once again! Till the next time!