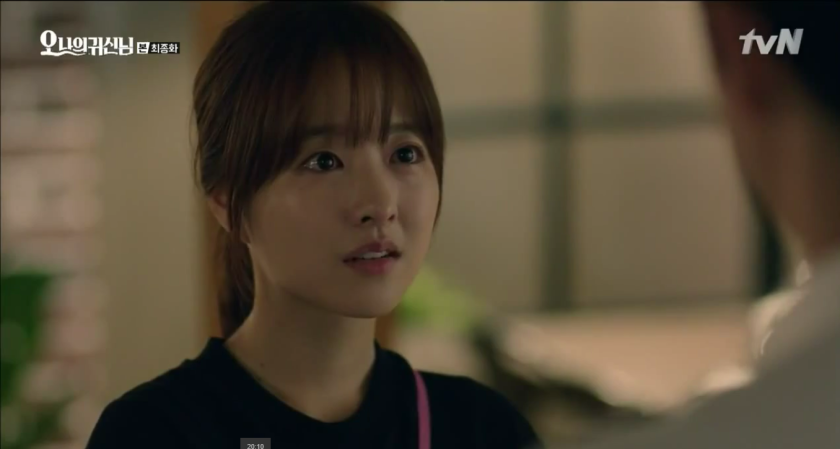 This is just a really short post that I’ve been wanting to write for AGES. Yeah this show has long finished. I tend to have very serious drama blues if I’m too attached to a show, and I’m not kidding when I say that sometimes this affects my mood in real life. As such, over the years, I have developed this defence mechanism whereby if I foresee myself getting too attached to a show, I stop myself from watching the last episode until my own hype for it has died down. Does that make sense to you? This method works wonders for me(:

These were screenshots I took while watching the last episode. This part is just tear-jerking!! I love it that Soon Ae has a chance to say her goodbyes to Sun Woo, and it makes me feel that there’s some finality in the confusion I had with regard to Chef’s feelings towards the ghost. He probably knows that he had fallen in love with the ghost, but has since moved on. She’s just a part of process but he has a soft spot for her. For Soon Ae though, Chef represents love that she never had the chance to experience and a whole dimension of feelings that she didn’t go through before she died. 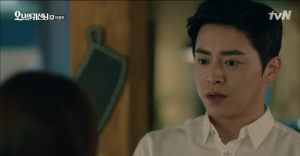 And when she finally leaves, it was so bittersweet. 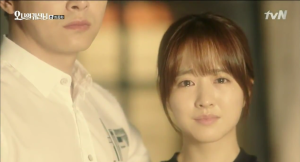 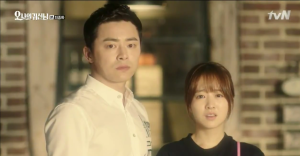 Although sometimes I dislike the ghost’s presence (since I ship the main couple), I think that as a plot device, she serves the most pivotal function in the entire show. She teaches Bong Sun how to love, she triggers Sun Woo’s love for Bong Sun, she leaves a mark on Seobinggo – she essentially comes like a whirlwind, leaves like one, but changes everything for the better.

What I did not like – I think that the ghost took up too much time which should have been left for the main couple to bond. Although I have no doubt Sun Woo genuinely likes Bong Sun as Bong Sun, I think that the only event which convinces me that Sun Woo appreciated Bong Sun as herself during the whole possession saga was the bicycle thief incident. That was the only time when Bong Sun was in her own body and the Chef had taken an obvious liking towards her. There should have been more of these incidents…because if you build up so much between the ghost and the Chef, it confuses me as to who he likes.

I like it that Sung Jae survived his fall, but I think this leaves many more questions unanswered. This is not to say that I would rather him dead, but since he’s alive, I would like to ask – is the evil spirit still within him? I don’t think evil spirits can die with a fall right? Does Eun Hee know the truth that firstly, he’s the one who knocked her down and secondly, he did that because he had an evil spirit within him? I find it hard to imagine that the Chef/Bong Sun could have explained the second point to Eun Hee.

These are mostly just gripes I have with the show. However, for the most part of it, I LOVE the drama. There was great acting from all parties, especially Park Bo Young and Jo Jung Suk. Park Bo Young was LOVELY. She acted two roles so convincingly and I think I’ve also fallen in love with her half-moon eyes hehe. I like the exploration of other relationships such as kinship and friendship, the banter between the chefs (Seo Joon is cute!!), unexpected friendship between Seobinggo and Soon Ae and basically the premise behind the show.

It was awesome that the show had received the hype it deserved to get. And bonus points because Seo In Guk made a cameo appearance HAHA.